Manchester, NY—Independent researchers have discovered what locals have sometimes referred to as “the lost Mormon cave.”  KC Kern and Greg Pavone used industrial excavation equipment to clear a hillside area believed to be the location of an artificial cave that may have been dug by Mormon Church founder Joseph Smith and his family in the 1820s.  According to some historical accounts, this cave could have been the setting for some of the work involved in preparing the Book of Mormon manuscript for publication, and may have inspired many statements made by successive Latter-day Saints in the mid- to late-1800s about a cave of religious significance.

The cave is located in Miner’s Hill, about two miles north of the Hill Cumorah visitor’s center. After digging several meters into the hillside, the researchers encountered a void in the earth.  Further clearing exposed an intact arch making up the cave ceiling and walls.  The arch spans about 5 feet, and the cave reaches back about 10 feet.  The interior contained a large mound of fallen dirt and rocks, possibly the result of a collapse of the original cave opening.  The researchers removed the debris uncovered wooden planks that seemed to indicate the level of the cave’s original floor.

The cave had been rediscovered before in recent history.  In 1974, property owner Andrew Kommer used heavy machinery to clear the cave and bulldoze an access trail leading up to the cave entrance.  He also built a wooden structure around the cave entrance and reportedly sought to commercialize it as a public attraction.  His efforts did not last long; the cave entrance soon fell back into disrepair. Erosion eventually engulfed the cave back into the hill. Kommer died in 1979.  Several artifacts from Kommer’s restoration turned up in the researchers’ most recent dig, including cinder blocks, large metal poles, plywood, hinges, a padlock, and a chain.

Representatives of the Church of Jesus Christ of Latter-day Saints’ historical interests have been notified and have expressed curiosity in the researchers’ findings, but the historical documentation about the cave is insufficiently credible for the Church’s established standards of evidence to warrant acquiring, investigating, or preserving the site.

Detailed information about the researchers’ findings and documentation of the historical sources that relate to the cave can be found online at: https://archival.link/mormoncave. 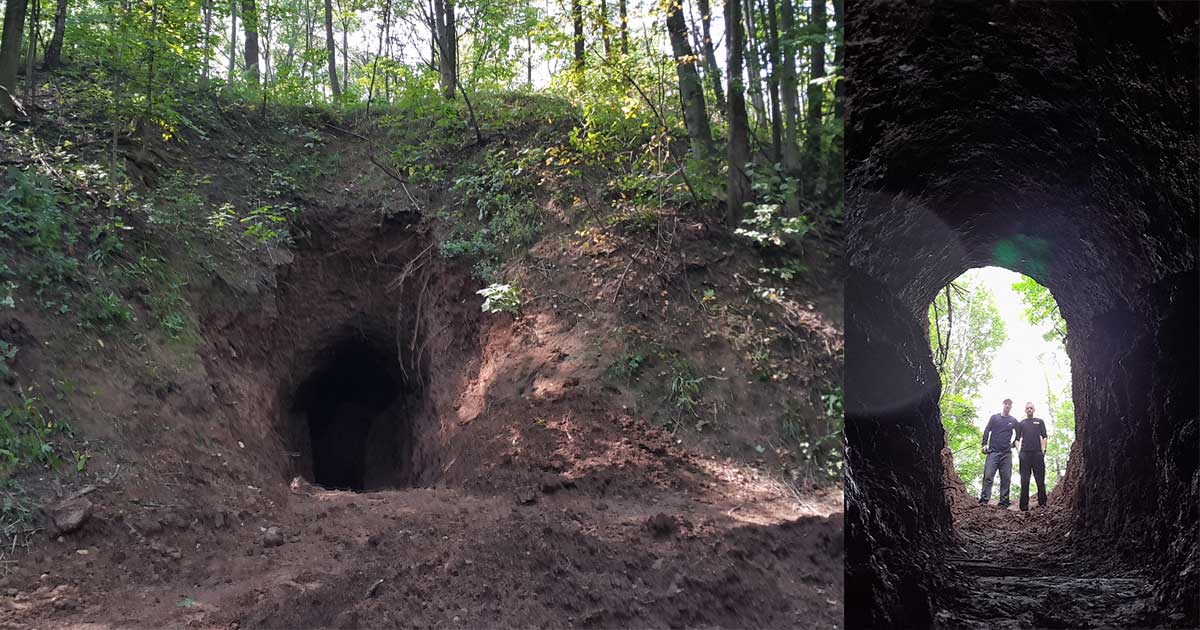